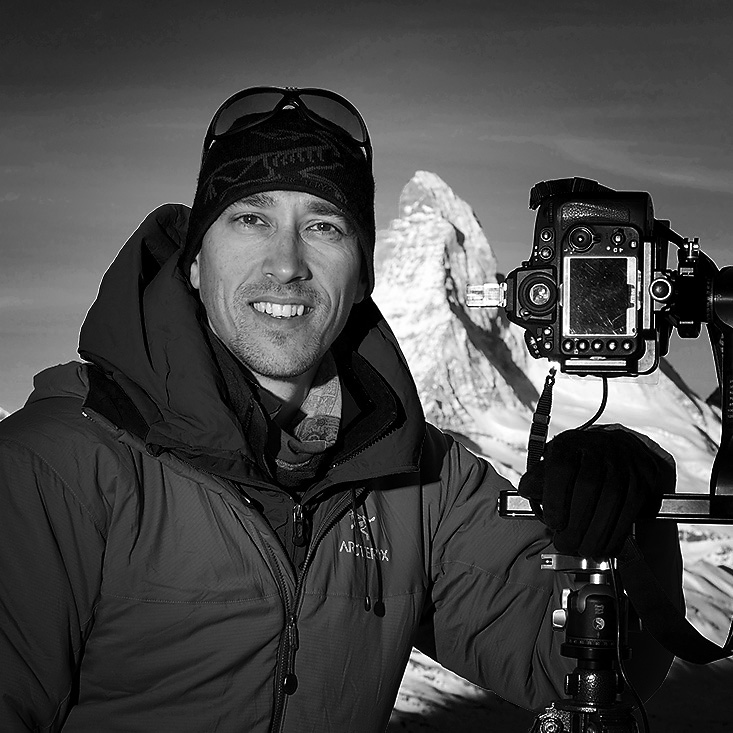 Samuel Bitton is above all a nature lover. From a very young age, it has always brought him a strong sense of well-being. He feels deeply attracted by the wild landscapes and he is particularly fascinated by mountains and their majestic character. It was at the beginning of the year 2000 that photography bounded with his deep passion for nature. After buying his first analog SLR camera, he suddenly discovered the pleasure of being able to immortalize the beauty of the landscapes he encountered and sharing these special moments with others. Since that day, wherever he goes in nature, may that be near his home or elsewhere in the world, his camera never leaves him. And after a ten-year career as a software development engineer in the space industry, the success of his photographic work enabled him in 2010 to change his career and make of his passion, his profession.

Today, Samuel works exclusively in digital, and particularly in the panoramic format, which allows him to capture the wide nature of the landscapes he photographs.

His art work is regularly awarded in major international contests, including the famous Memorial Maria Louisa and Nature's Best, which he has won twice. His fine art prints found their place in the homes of private individuals and collectors all over the world. He collaborates with various world-renowned companies, but also with local authorities, tourist offices, and publishers of magazines, books, calendars and postcards. Each year, he also publishes his own calendar on the Swiss Alps and has been offering photography workshops in the mountains since 2010.

In 2015 he self-published his first author's « MAJESTICS », the result of a 12-year body of work in panoramic format on the Swiss mountains. The book received such a success that Samuel re-edited an enriched version in 2017.

That same year, him and his partner Céline Jentzsch, also a renown photographer, opened their own « EVANA », photo art gallery in the heart of the famous swiss resort of Crans-Montana.

By continuing to browse this website, you agree to the use of cookies to store your preferred language (English, French), your cart and your artwork preview settings.

No form injected because no gallery is being viewed.